I like nonsense; it wakes up the brain cells. Fantasy is a necessary ingredient in living; it’s a way of looking at life through the wrong end of a telescope. Which is what I do, and that enables you to laugh at life’s realities. 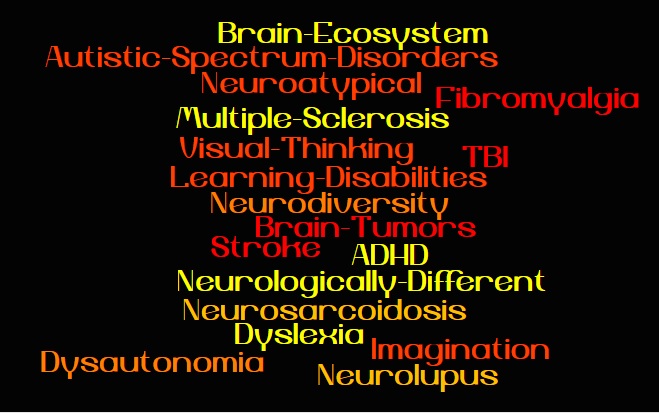 The term “neurodiversity” was first pioneered in the late 1990’s by two forward-thinking individuals: journalist Harvey Blume and autism advocate Judy Singer. Blume and Singer both believed that the ‘Neurologically Different’ deserve their own political category, standing alongside the familiar ones of class, gender, and race and working to augment the rights and redefine common perceptions of the neurodiverse.

It was Blume and Singer’s wish to see the neurodiverse perceived in light of their strengths as well as their weaknesses. They noted, for example, that those with dyslexia often show above-average visual thinking abilities and entrepreneurial knack. Those with ADHD have a penchant for creative problem solving on the fly. They are typically very imaginative and excel in holistic problem processing that is based on imagination rather than working memory. People on the autism spectrum often show an unusual affinity for mathematics and computer programming. Those who struggle with mental illness, though their challenges may be many, often come up with unique and insightful ways to cope, and frequently exhibit heightened creativity.

Those who believe in the concept of neurodiversity do not advocate ignoring the many problems and hardships faced by those with aforementioned conditions, but rather that we should not frame these conditions in the negative alone. Instead, individuals who are neuroatypical ought to be respected, celebrated, and honored for their unique skills and achievements. It should be more understood by the public at large that those who fall under the umbrella of neurodiversity are every bit as capable of achieving great things as those who are not.

The Seven Key Points of Neurodiversity:

When attempting to understand what neurodiversity is and how those with it can best adapt and thrive while remaining true to their authentic selves, it’s wise to keep the following seven points in mind: